I AM NOT RESPONSIBLE FOR WHATEVER YOU DO WITH THIS INFORMATION.

I have been a part of [ 2 ] Citizens arrest thus far and that number is always subject to change.

So, now that that important disclaimer is out of the way, the first thing you are going to need is a grasp of how to work/buy handcuffs. "The Wasteland" forum has topics covering where online handcuffs can be bought, but lets face it; not everyone has handcuffs and some people have parents who won't allow them in the house (IF your living with your parents). But don't be discouraged, as you can still perform a citizens arrest.

The main key point I need to stress is that by doing a citizens arrest you are putting yourself at risk to all sorts of things happening. So even me, Of all people would suggest you proceed with great caution whenever trying to detain someone. Think of the following points:

* Would they be more likely to get away if I attempted this?
* Would law enforcement view me as the "Bad Guy"?
* Do I have time to call 911 first?
* What is the risks of me getting hurt / others getting hurt?


You may find that calculating these risk is something you should think about before you ever have to make the decision. Talk to yourself about making a plan on what you will and will not do- It may prove very useful in the future.

Rather than make this guide on HOW TO arrest someone, I will just give some scenarios of lawful citizens arrest to show you how its done...


Felony act is being committed - you have a visual of guy breaking into house.
You call the police and notify them that a burglary is taking place.
"Your under arrest" - Comply = Detain and call the police
No comply = Do it the hard way, without using any unnecessary force as defined by your local statutes.

You then wait until police get there, and if all goes well you, my friend have performed a citizens arrest.

The main key point I cannot stress is to know the procedure. Once you know it, there is not much the law can do to YOU for doing the right thing.

PS. Here are some links that might be helpful to citizens arrest tactics, I found them useful: 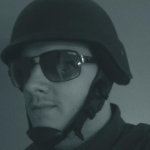 I legitimately was just about to make a thread about citizen's arrest and then I come in here and see this, damn ;3.
_________________
Any questions/Need help with just about anything? Send me a message.

Tim wrote:I legitimately was just about to make a thread about citizen's arrest and then I come in here and see this, damn ;3.