Lil Yachty is actually the reincarnation of Hitler!!! Proof!!!

Lil Yachty is actually the reincarnation of Hitler!!! Proof!!!

After a fuckton of delving into deep Esoteric thought I have come to the conclusion that Lil Yachty is in fact a reincarnation/avatar of Adolf Hitler himself. I have 2 irrefutable points of evidence for this claim.

1) In the song "Broccoli" by Lil Yachty and some nigger that nobody cares about, Lil Yachty says this quote...
"Nigga touch my gang we gon turn this shit to Columbine" - Lil Kike Gassing Yachty, on April 30th, 1945
According to White Revolutionaries such as Malcolm X, Rosa Parks, Richard Spencer and Blair HuWhite, school shootings are a form of implicit White identity. This implies that Lil Yachty is a transracial otherkin, and is a White aryan man trapped in an Africant body.

2) In some song that I don't know the name for, Lil Yachty says this quote...
"Cold Like Minnesota" - Lil NigNog EggNog Yachty, on April 20th, 1889
This line hints to Lil Yachty's previous life where he was a WHITE Hyperborean man from the north. There are no niggers that are from the north (except Swedes and Portuniggers) so this implies that Lil Yachty is secretly White and will save the White race and enforce National Socialism. 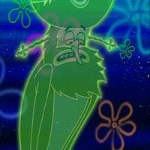